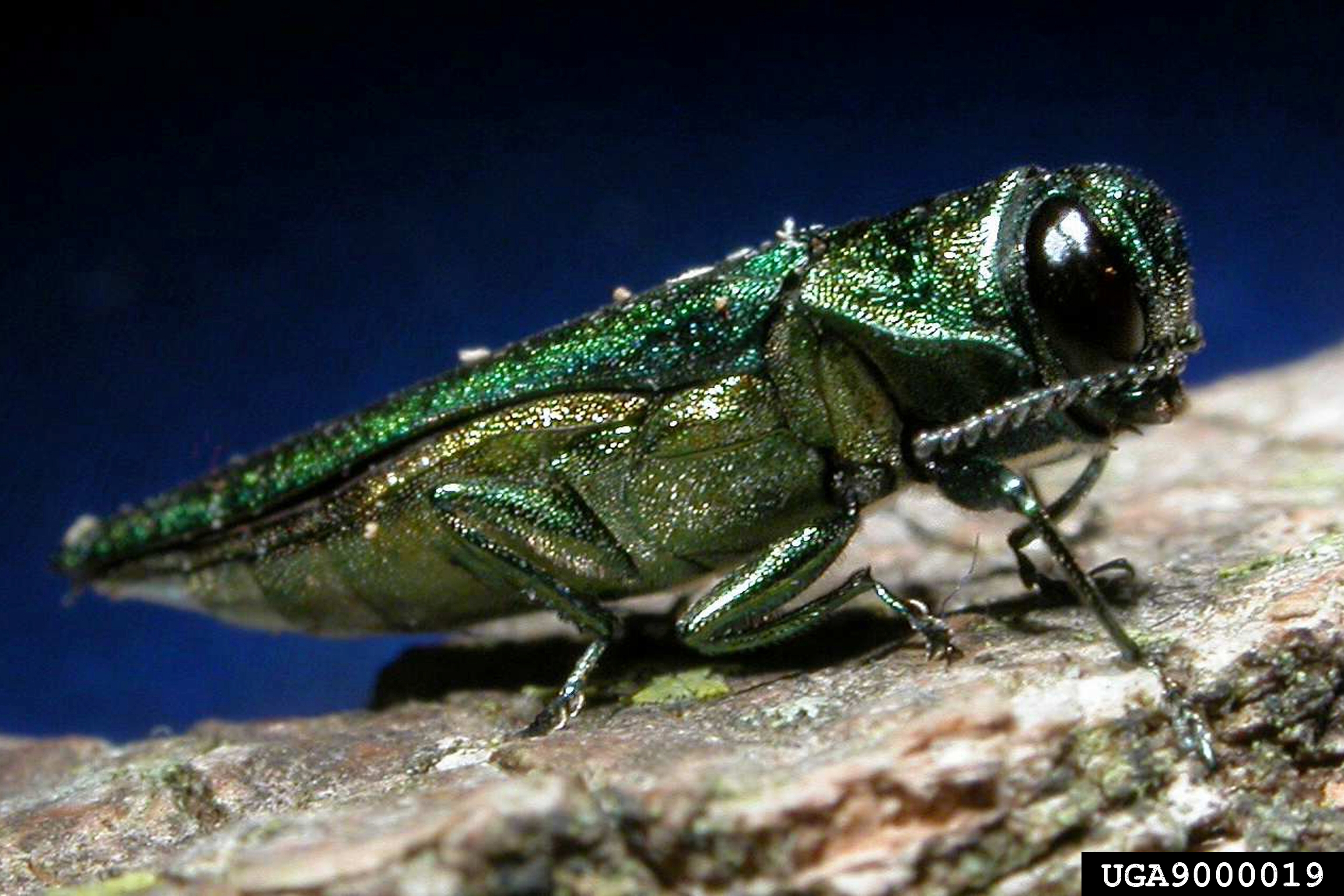 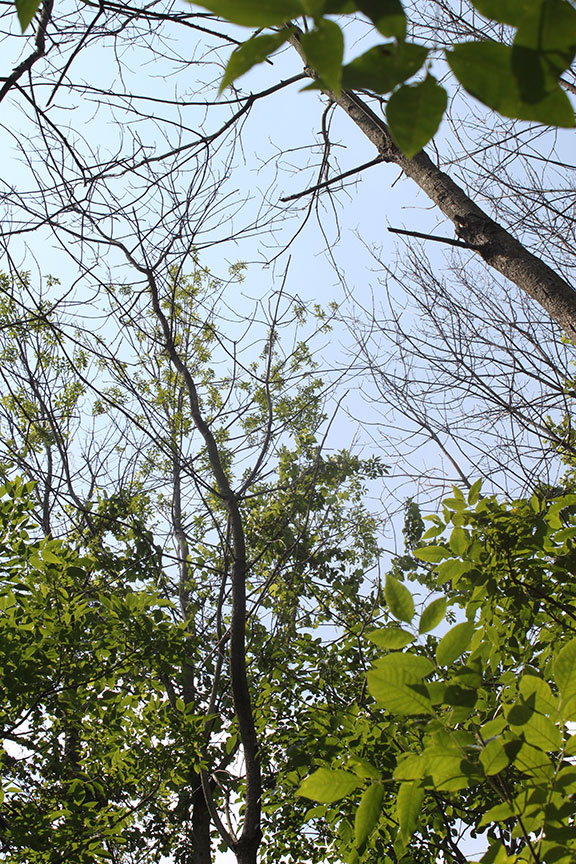 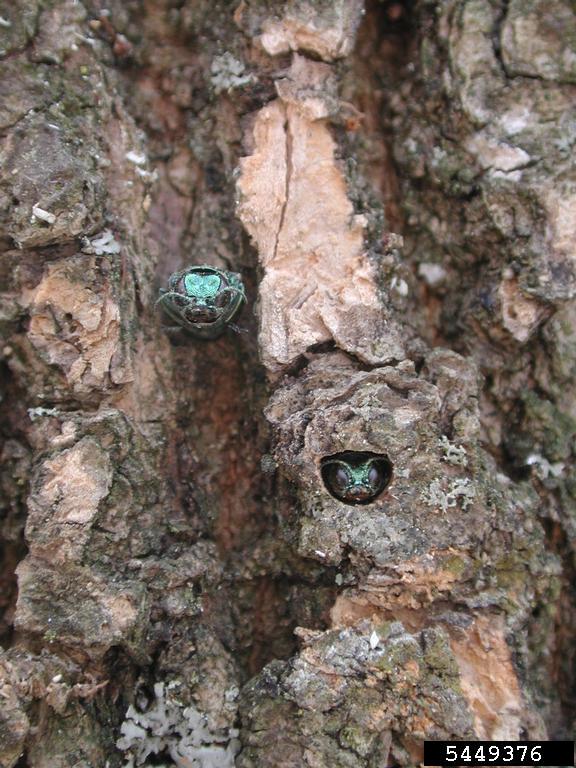 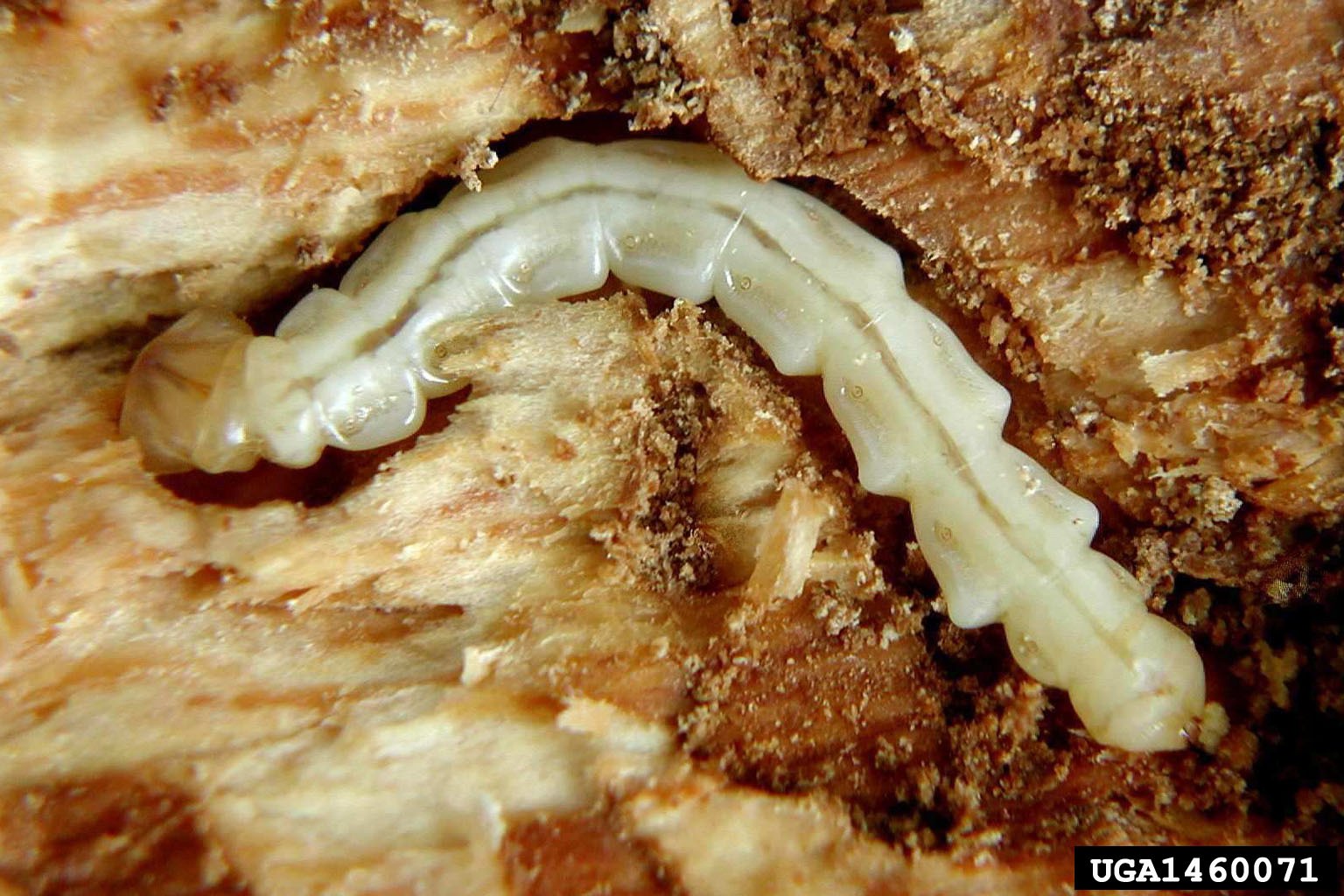 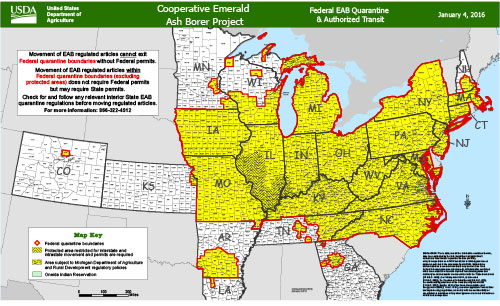 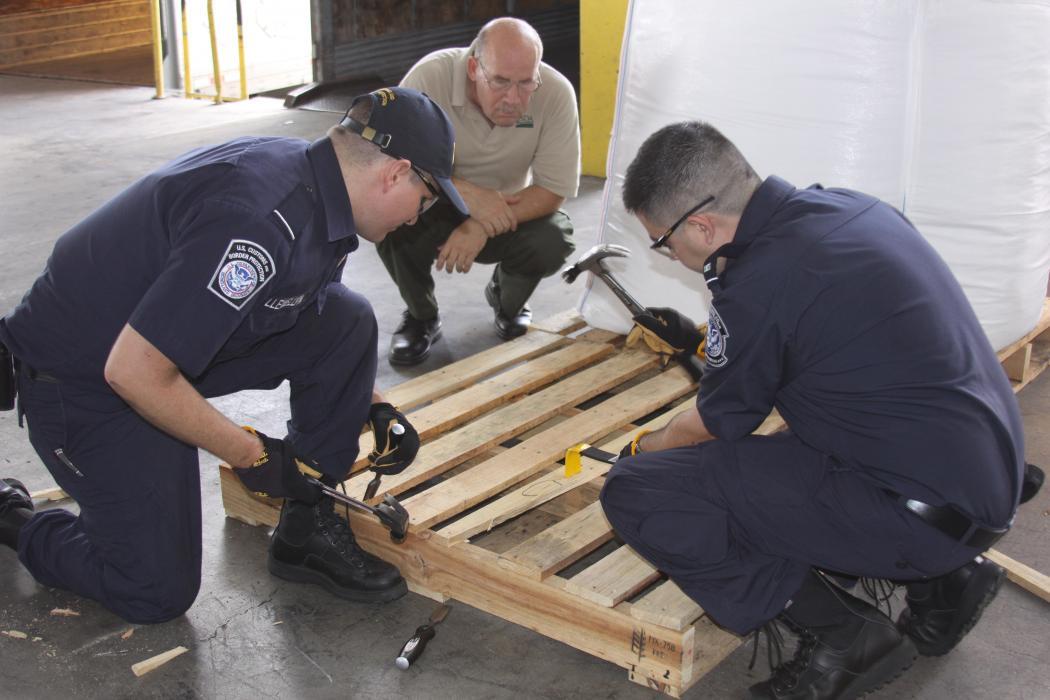 About the Emerald Ash Borer

Emerald ash borer (EAB), Agrilus planipennis Fairmaire, is an exotic beetle that was discovered in southeastern Michigan near Detroit in the summer of 2002. The adult beetles nibble on ash foliage but cause little damage. The larvae (the immature stage) feed on the inner bark of ash trees, disrupting the tree's ability to transport water and nutrients. Emerald ash borer probably arrived in the United States on solid wood packing material carried in cargo ships or airplanes originating in its native Asia. As of October 2018, it is now found in 35 states, and the Canadian provinces of Ontario, Quebec, New Brunswick, Nova Scotia and Manitoba.

Since its discovery, EAB has:

Adult Beetles are metallic green and about 1/2-inch long.

Adults leave a D-shaped exit hole in the bark when they emerge in spring.

Moving firewood can spread EAB and other wood pests and diseases. Click here for more information.

It probably came from Asia in wood packing material.

This Website provides reliable, objective and timely information from researchers, personnel affiliated with numerous universities, state and federal agencies, educators and outreach specialists in the USA and Canada. Information is reviewed and approved by the website content managers and researchers affiliated with the Michigan State University Dept. of Entomology, the Dept. of Forestry and MSU Extension. Our goal is to help you find answers to questions about EAB, either directly or through links we provide to many other EAB-related websites. Please check this site often because information changes frequently. Funding to support this website is provided by the USDA Forest Service.